Lately, a lot of celebrities have been seen vaping at big events, such as awards ceremonies and big top level fashion shows. Famous people apparently like to show off their latest acquisition from retailers such as E-Cig-Wizard, and few people have any complaints about it. Or do they?

Fashion As An Institution:

Fashion rules a.k.a. dress codes have been around for centuries upon centuries, and while they have slowly changed and evolved, everybody is pretty familiar with the concept of what to wear when, almost no matter where they are on the big old socio-economic ladder. In fact, the old Victorian standards have evolved from something meant to exclude the lower classes on purpose into something that all of society can participate in, and we’ve kind of reached a “truce” in most Western socities between traditional, dressy, dressy-casual, casual, and just wearing your worn out pyjamas to run to the store to grab something.

How Does Vaping Fit In?

When it comes to vaping, the whole e-cigarette industry has a mere 10 years in effect as of this writing. The author remembers seeing his first e-cigarette in the hands of one of his best friends in 2009, a mere 8 years ago. Critical mass in the industry is at an absolute maximum something that was reached even later, a mere 3-4 years ago.

So where does this leave us as far as knowing when it’s socially acceptable to vape and when you should put it away?

It would seem obvious that vaping is much less offensive than smoking, since the odor dissipates right away, and while it lasts, it’s much more pleasant. We feel that vaping in public, even in an indoor setting, should be ok as long as you’re not doing something particularly obnoxious with it, or doing it in an entirely appropriate setting.

Perhaps it should be recommended to avoid vaping during dinner, or at least wait until the dessert course, and even then it should be a vape that has a flavour that pairs well with what everybody is munching down on.

Also it’s probably a good idea to refrain from vaping in places like buses and trains and crowded elevators etc.

A lot of jurisdictions (famously New York City recently) have been clamping down on vaping in a very draconian matter. We feel this was and is highly unnecessary. Institutions where vaping was a problem had already gone ahead and banned them already, and vapers are almost always to the last person considerate enough to respect those bans and go outside or to another appropriate area.

In general we think that this model is the one that should stick; that individual establishments should decide based on their clientele’s wishes if they are vape-friendly or not. 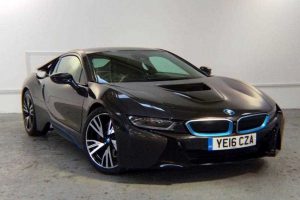